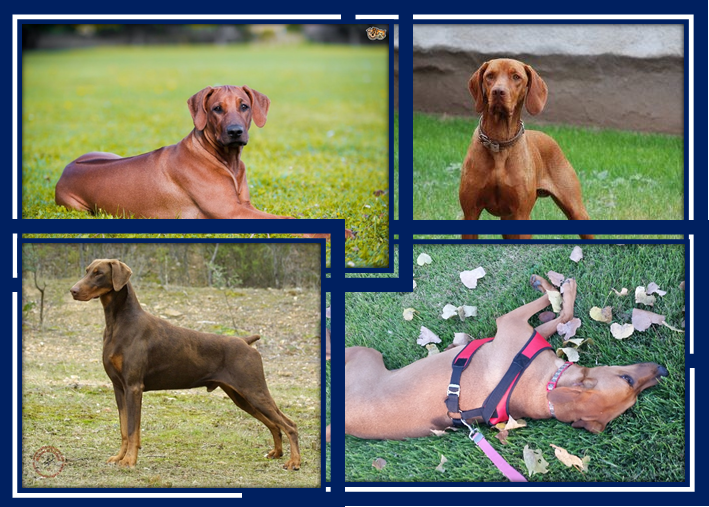 I admit that being an INFJ, or perhaps just a jerk, I don’t excel at small talk. Picture this: Josie Junebug and I are walking the neighborhood, socializing in a crowd, or visiting the vet’s office, and some friendly soul inquires about our beautiful girl, “what kind of dog is that?”

To which I reply, “Well, we’re not really sure, but we think she’s a Ridgeback mix.”

Then they inevitably respond, “Oh, I think she’s…”

Well, good for you. I mean, you’ve never seen her ridge rise like the spines of a porcupine when she spots a squirrel invading her yard. You have only a superficial view of her temperament, but please, tell me what you think.

I know it sounds harsh. (Refer to previous disclaimer about inadequacies with small talk, and you’re probably now starting to lean towards the jerk option.) First of all, if we cared what kind of dog we had, we wouldn’t have adopted a mutt. Secondly, I think it’s a strange conversation to have with someone you don’t know. You start off talking about how sweet my dog is; by your third sentence, I’m getting an unsolicited opinion about how I’m wrong.

Let’s imagine a similar conversation with a different topic:

Stranger: “Hey, what are you listening to on your headphones?”

My former clinic friends and I had a favorite game. First, you have to understand that, whatever kind of breed an owner says they have, you go with it. For some people, I guess it is a matter of pride, and if Mr. Jones is in love with his twenty pound “mastiff mix,” who are you to challenge that bond by telling him it’s not?

So, the game goes like this: I bring a dog back to the treatment area for a nail trim, blood draw, or whatever, clearly having a wild sixty pound yellow lab on a leash. My friend would say, “Whatcha got there?” If you’re playing the game, the answer would be something outrageous like, “this is an imported mammoth Chihuahua.” To keep it going, she’d reply, “That’s the best looking Mammoth Chihuahua I’ve ever seen.”

It great way to enliven work, much like performing lip sync concerts while mopping. However, this is never something we’d say in front of the owner. Why? Because bonds are personal and special. It served no one for us to be “right.”

As a society, we seem to project so much of our external image that even our loved-ones are evaluated. Smartest kid, biggest dog, fastest car, newest phone….

While this may be as ancient as neighbors having green grass, now we market it instantly to a wider audience: Facebook, Snapchat, hell–even our own blog. 🙂

Rather than hide our “flaws,” why not embrace them–contemplate why they are there.

There is a Japanese aesthetic philosophy I have long admired called wabi-sabi. In the simplest of terms, it’s an appreciation that flaws are made by an item’s story through time. In a world of airbrushing and screen-captures of the perfect moment, I’ll let you see behind the curtains.

I leave papers and books scattered around the house like autumn leaves upon the lawn. The shredded corner of my love seat testifies to 15 years of living with my cat, whom I have often referred to as my best friend. My husband’s grey hairs remind me of a lifetime spent together, just as we’d dared to hope 21 years ago. I’m fairly smart, but say and do dumb things. Often. Like posting about my spouses’s grey hairs on the world wide web. My daughter struggles with dyslexia, and my son is so stubborn he has literally argued with us about whether it’s day or night.

We have had it helpfully suggested to us that Josie Junebug is a vizsla, doberman, lab, and boxer. I think I’ll start telling people she’s a bedhog/antelope mix. If she was descended from unicorns or the most common breed on the planet is meaningless to us. We love her because she is ours: big, beautiful, mess-maker, insistent cuddler, and eager part of the family.

Time for you to play along. Leave a comment with an absurdly silly suggestion as what mix Josie Junebug could be. Or, embrace wabi-sabi and confess to something beautifully flawed in your own life.

To read more on wabi-sabi, check out this great article: Wabi-sabi https://www.tofugu.com/japan/wabi-sabi/

Despite being a Leo and only child, I usually manage to be a pretty pleasant human being. I have devoted years of Zen discipline to harness my passionate inner lioness. Most succinctly, I am a philosophical master-list-making beer-guzzling Hippie Geek. I have been employed at a University parking office, numerous retail shops, as a data entry ghoul, and a veterinary technician. My journey has desensitized me to being snapped at and crapped upon, encouraging me to masochistically throw my heart into the world of attempted authorship. View all posts by josiejunebug

One thought on “Nothing’s aMUTTer with me”